Apple will scan iphones to check for illegal content

Pretending to fight against child abuse Apple is deploying a system which will automatically scan all pictures in iPhones to check for illegal pictures.
Version française ici

We finally know what to do with the iPhone horsepower

Apple’s special idea is to use artificial intelligence to scan pictures internally in the iPhone. The device will check for illegal content by itself. If it finds what may be forbidden images, it will send it to Apple where a team will check it again and call the police if there are illegal pictures.
Another system advertised as a children protection will be installed : if the phone user is declared to be less than 13, the iPhone will alert its parents or tutors if it recieve a picture that could be inappropriate.
Apple denies any privacy issue thanks to the use of an artificial intelligence to scan iPhones internally. Your pictures will be sent to reviewers only if there is a good reason to suspect you. AI is here the filter but also the excuse and the scapegoat, if needed.

Of course Apple sells the idea as a vertuous one. The system will only be used to fight against child abuse, nothing else, swears the brand. And it will be active only for people who use iCloud.
Limiting the scope of the scan to iCloud users (at the beginning) seems to give users some sort of consent but it’s a trick. Most people use iCloud, it’s activated by default and it’s a significant part of Apple’s ecosystem. It’s hard to avoid using it.
Fighting child abuse is always the best justification for anything. If you are not a disgusting person, you have to praise any fight against child abuse. This is even better than fighting terrorism. You cannot raise your voice against anything advertised as a child protection without looking suspicious or despicable.

Once surveillance tools are deployed, it can be used for anything

These new systems may look good and vertuous at first glance. But think a bit more about it and you will see how dangerous it is actually. It will make possible and quite easy to scan people’s iPhones for the worst possible reasons. 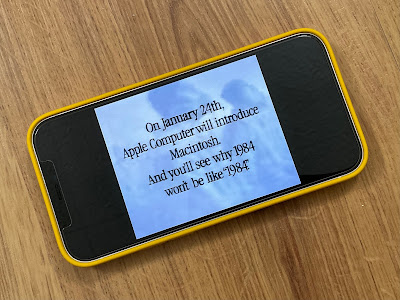 The problem is that once these surveillance tools are installed in iPhones, nothing will prevent their use for less consensual motivations. From an iCloud users only policy to every iPhone user it’s just a toggle somewhere in a setting you can’t access. From children pornography to just regular pornography, it’s not so complicated either. 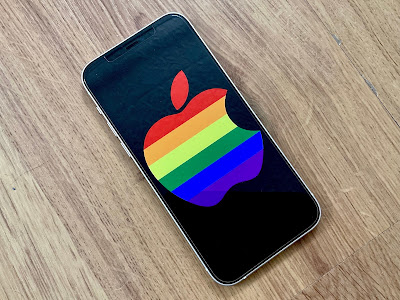 Apple defense on these issues is simple and ridiculous. They just promise this system will only be used against child abuse. Alas, the last years have made it clear that Apple, like most players in this field, always comply with local rules where they sell their devices. Once a law will pass to demand Apple to scan for political opponents, cheating spouses, gay people … they will comply because they have no choice anyway.
You begin by saying you want to protect children, you end up by jailing political opponents, cheating spouses and killing gay people.

Some weks ago, the Pegasus malware from NSO was on the front page of newspapers. It was used to spy on journalist, politics, opponents … Now Apple wil deploy a much worse system more efficient, more powerfull, more universal. Countries won’t have to spend a lot of money to spy on some few designated people. They will be able, for few money to spy on everybody.
What is even more fun is that every user will directly support the costs of spying on him. He pays for the iPhone, he pays for the battery used by the scan.
In 1984 Apple released the famous advertisement based on George Orwell’s novel "1984".
In 2021 they have become Big Brother themselves and the worst threat to privacy and freedom. Worldwide.
Posted from my iPhone.