I had requests to adapt my watchfaces to 12h am/pm time and must say that I was extremely surprised by that. 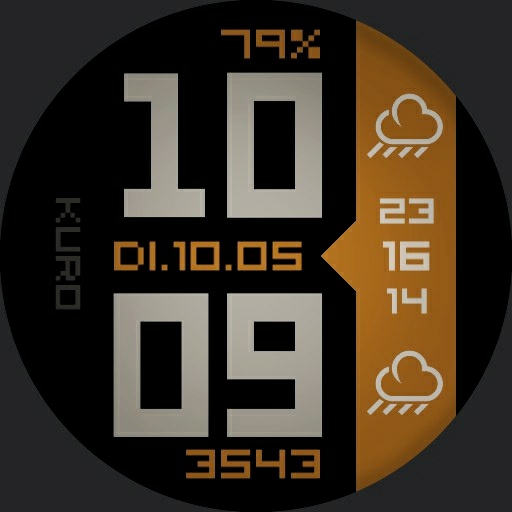 We are in 2020 not 1920.
It's about time people use the international way of telling time. Even in 12h time based countries many many people use the 24h time, in the field of army, health, science ... Because 12h is shitty and can be dangerous as it can cause confusion.
Some people find it hard to do math to convert 16:00 to 4:00 in their mind, for example. Usually we learn to do it as kids and it becomes natural. Anybody can do that. It is even healthy to learn something new from time to time.
As a person who learned english because it is one of the most international languages, I feel a bit angry when a native english speaker tells me that it is difficult to learn the international way of telling time. Comme on, I managed to learn a language, you can make a small effort and learn to read time properly, following international conventions.
It gives me the feeling that those people simply think that everyone else must adapt to them and they don't have the slightest effort to make themselves, as if they were the center of the world.
I will definitively not adapt to archaic and self centered traditions for people who doesn't want to make any effort either. If they are proud of their outdated 12h time (and imperial measures), they should keep it and stop demanding everyone else to adapt to it.
Libellés : paper